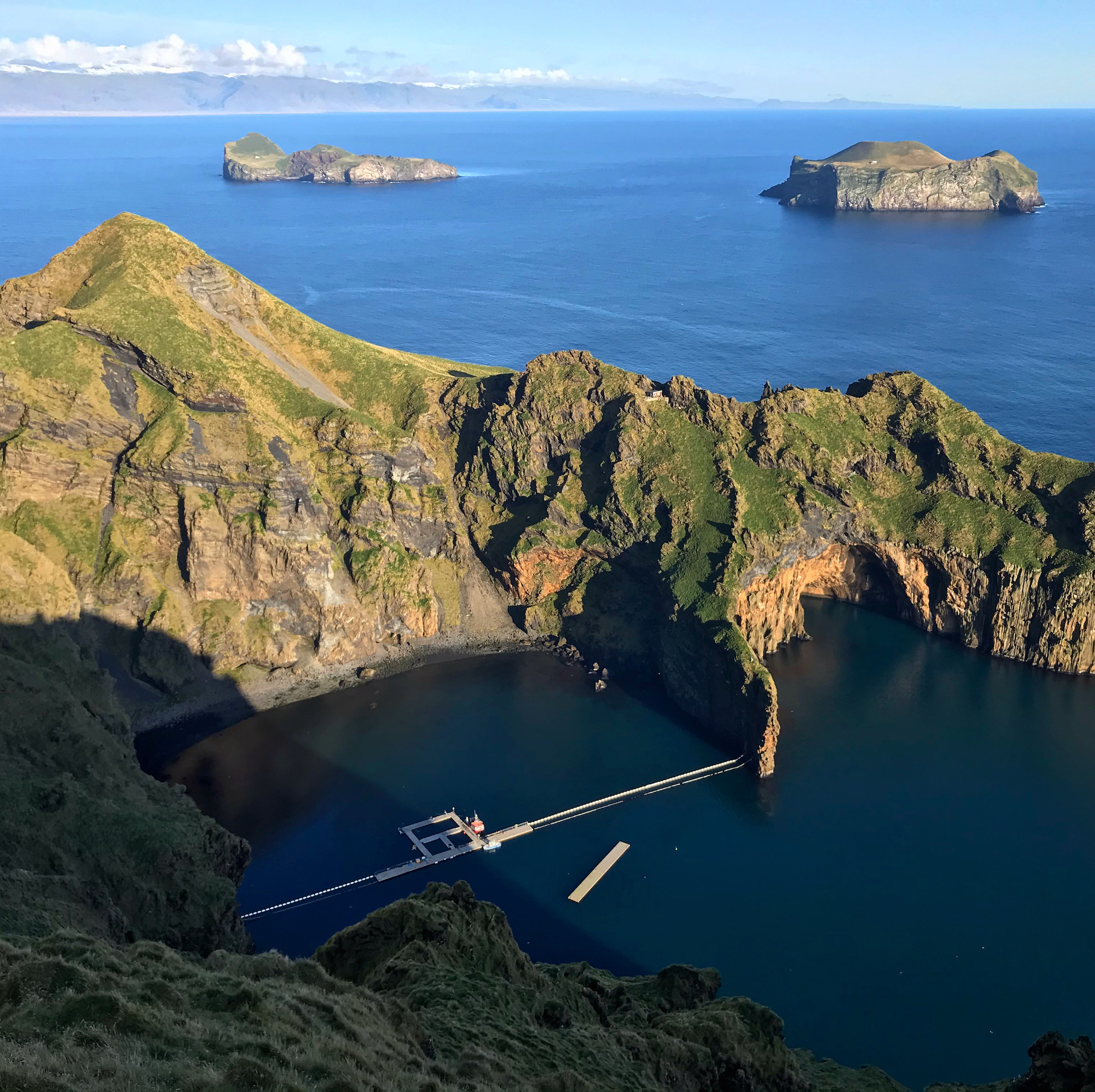 I come back with a beautiful story. We are still in Iceland, more specifically on the island of Heimaey, the Vestmannaeyjar archipelago. I have already written about the puffins, which are the symbol of this place. Now it will be about whales, because being here and not visiting the Sealife Trust aquarium is simply not appropriate. Currently, it is a place tightly closed with coronavirus and winter. We got to it thanks to the contacts I had obtained in my previous job. Billy had a birthday, and is it not a gift for the times to visit two beluga survivors from the Shanghai circus? I think so.

Let’s get to the point. Two females – Little Gray and Little White, about 13-14 years old, weight close to a ton, length three meters, relationship unknown. Absolutely white. Caught in Siberia in their first year of life, later they performed regularly in a Chinese circus, currently they live in Iceland, after a large logistic operation – travel with the use of planes and ferries (for those willing I recommend the document John Bishop’s Great Whale Rescue with the details of whale transport). In summer, they stay in the pool formed by an ocean bay, in winter in the aquarium. The first residents of the world’s only sanctuary for beluga. And we. A little scared, a little curious. With heads full of questions about the purpose and meaning of this whole sensation.

Well, we attended a beluga feeding session. The last of three of the day. We learned that only one in the bay had tamed the art of hunting fish, sometimes bringing them to people, bragging about their prey. It is not known, however, whether she ate them or not.

From an early age, they are used to have contact with people and behave like two water dogs. Forgive me for the statement, but it comes to the mind itself. They love it when there is a person nearby, they want to be touched, cuddled, fed and entertained. They show off with their tricks mastered in  their youth in the circus. They have different characters, one outgoing and very open, the other shy and less trusting.

When we walk away from them, they scream for more. When they see our faces at the glass of the underwater aquarium, they swim up and turn the billy goats. They are jealous of human contact, they can even fight with each other for it. You need to feed them simultaneously and protect yourself carefully from any display of favoritism towards one. They are as far from wild as they are from Russia and their first coaches.

The project is full of questions, the answers are constantly being sought. How to fix what other people have messed up before? Are they actually better in the ocean than in the aquarium, where they were constantly surrounded by people whose attention they love? Apparently they are afraid of the sounds of the storm, strong wind and ships to which they are not used to during the years of captivity. They cannot hunt on their own, and being outside, without people, often makes them apathetic. They haven’t learned any new tricks since they were brought from China. The operation has already cost a lot of money, and the whaling sanctuary and the success of this project are closely watched by all animal organizations.

The questions are endless. One thing is for sure. Don’t get your dirty human fingers too deep into the wild. Repairing the damage done by mindless people looking for a source of income is a great and endless job. Besides, no one knows if and what are the chances of actual success.

The birthday was a success. That’s for sure. However, I would prefer, myself and the birthday boy, that the price of this success would be lower for the world. Anyway, one hundred years Karol! Me and the whales screamed. Meeting them was an amazing experience.

P.S. The video quality is poor, but I wanted to show you how lovely and cute these white creatures are. And how close they are to the dogs. And white clouds.